IOI President Chris Field was invited by the IOI General Secretary (SG) Werner Amon to participate in the festivities on the occasion of the Austrian Ombudsman Board’s (AOB) 45th anniversary.

As the Austrian Government has been providing the funding for the IOI General Secretariat in Vienna since 2009, President Field took the opportunity to meet with Mr. Karl Nehammer, Chancellor of the Republic of Austria, Mr. Wolfgang Sobotka, President of the Austrian National Council, and Ms Martina Diesner-Wais, Chairwoman of the Committee on the AOB in the Austrian National Council. During his stay in Austria he also visited the Province of Styria, where he met the Province’s Governor Mr. Hermann Schützenhöfer.

On 8 June 2022, an award ceremony took place on the premises of the AOB, where IOI SG Amon and IOI President Field awarded the first Honorary Life Membership and the Golden Order of Merit to Mr. Peter Tyndall, former IOI President and Ombudsman and Information Commissioner for Ireland. 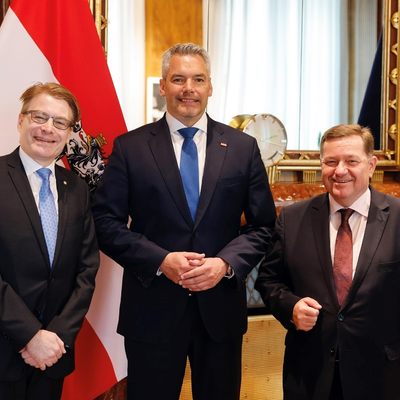 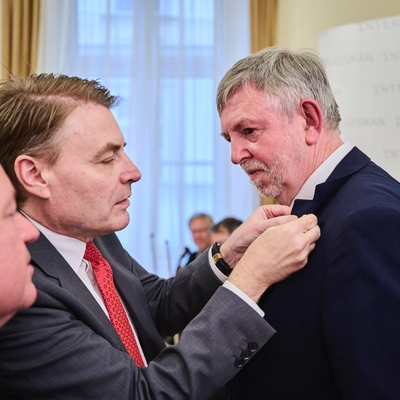 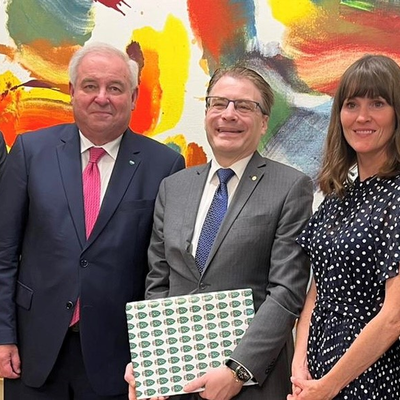 Courtesy visit to the Governor of Styria H.E. Hermann Schützenhöfer