General Viddhavat Rajatanun (Ret.) was appointed Chief Ombudsman of Thailand following the Royal Appointment granted by His Majesty the King Mahavajiralongkorn on November 18, 2018.

With his academic background in the Royal Military Academy and Master of Arts in Political Science, Thammasat University, General Viddhavat has long served the military since 1975 until his retirement as Acting Permanent Secretary for Defense in 2012. His renowned work experience included leading positions as Director - General, Defense Information and Space Technology Department, Committee on the Defense Council, Ministry of Defense, and Judge in the Military Supreme Court.  Throughout his military service, he has closely engaged not only in national security missions but also in alleviating hardships of the people in remote areas, particularly in Thailand border seam/checkpoint. This committed him to untiringly contribute to the better livelihood of the people as an Ombudsman.

General Viddhavat was actively involved in the IOI Board of Directors and in the Executive Committee as Treasurer since 2016 coinciding with the host of the 11th World Conference of the IOI in Bangkok. His policy in establishing bilateral cooperative partnership is reflected through the Memorandum of Understandings with international Ombudsman organisations such the Anti-Corruption and Civil Rights Commission (ACRC) of the Republic of Korea, the Ombudsman of Republic of Indonesia, the National Commission of Supervision of China, PRC, the Ministry of Internal Affairs and Communications of Japan, and the Authorized Person of the Oliy Majlis of the Republic of Uzbekistan for Human Rights (Ombudsman), etc.

On the same occasion of General Viddhavat’s appointment, Mr. Somsak Suwansujarit was also granted the Royal Appointment to be the new Ombudsman of Thailand, completing the number proportion of Ombudsmen required by the recent Constitution of the Kingdom of Thailand B.E. 2560 (2017). He was nominated by the Selection Committee of Ombudsman and endorsed by the National Legislative Assembly accordingly as the Ombudsman of Thailand, whose tenure is seven years according to the Constitution.

Mr. Somsak graduated his both undergraduate and postgraduate degrees in Political Science. His work experience started as Chief District Officer which mainly concerned strengthening the principle of good governance in the public sector and overseeing standardised public services administered by government authorities. He has served in high-ranking positions as Deputy Director-General of the Department of Provincial Administration, Deputy Director-General of the Department of Disaster Prevention and Mitigation of the Ministry of Interior. He was the former Provincial Governor of Nan Province, Nong Bua Lampu Province, Sri Saket Province, Kalasin Province, Khon Kaen Province, and Rayong Province. This broad experience allowed him to work closely with local communities, the grass-roots, and regional civil servants which facilitated his in-depth understanding of deploying mechanism to help people access to justice.

Source: Office of the Ombudsman, Thailand 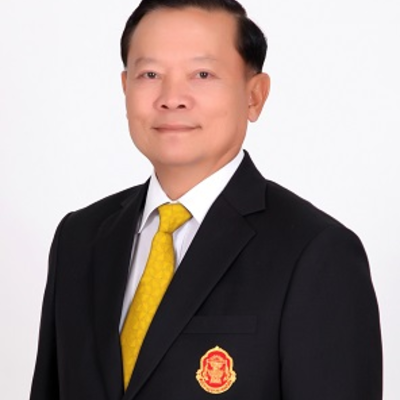